Recently I decided to purchase the N2 Elite as I'm unable to get all the amiibo's out there to use with my Nintendo Switch to get extra's in some of the games I own. The N2 Elite comes with a tool called 'USB Manager Application'. As I hook up the RFID reader and fire up the application, all seems to be in working order. But when i try to load some dump files, the images seem to be broken or not found as I get a big questionmark where the image should be. Everything else works fine but the images don't. The more I load, the more questionmarks I get. It's starting to irritate me.

Maybe I can figure out the problem, so I take a closer look at the application and it's assemblies. As it turns out, they are .NET assemblies so I could possibly decompile and debug them.

Decompiling an assembly works best on assemblies that aren't obfuscated by any tool. As it turns out, they weren't when I tried to load them into dotPeek. 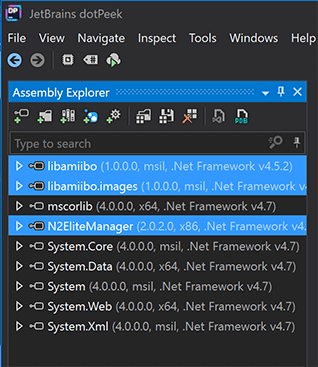 Now where to begin? I start looking around in the executable assembly, which seems to be a windows forms application, and I find a method called ShowN2EliteBanks. As I look at the decompiled source, this function most likely has something to do with showing the images that are missing. I would like to put a breakpoint at the beginning of the function and see what goes on there on runtime. 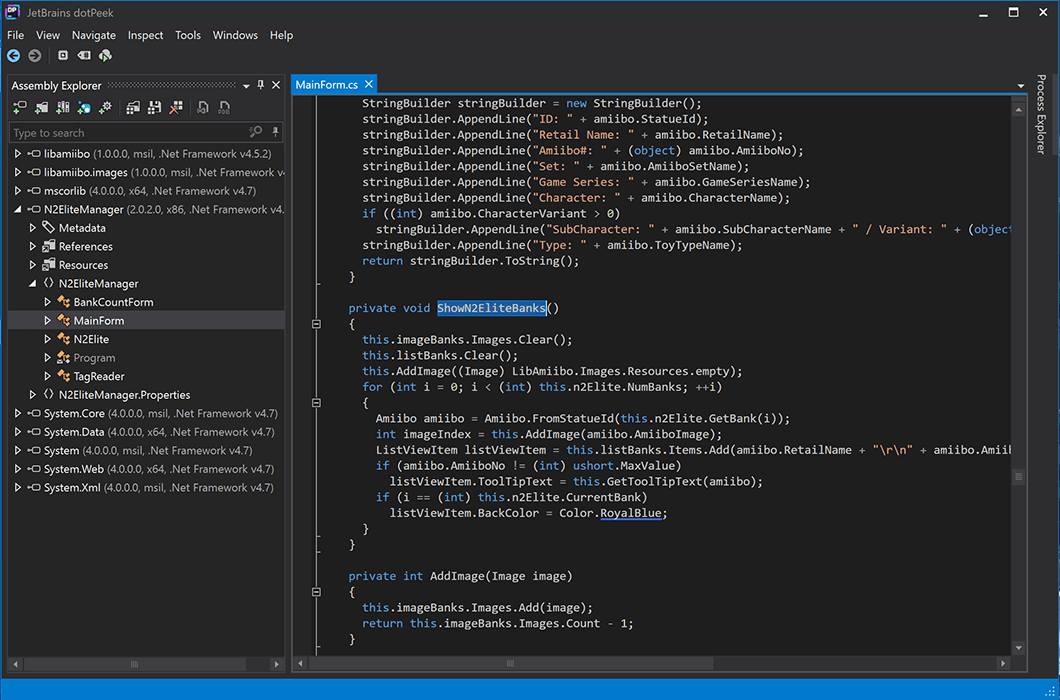 Step 2: Fire up the symbol server 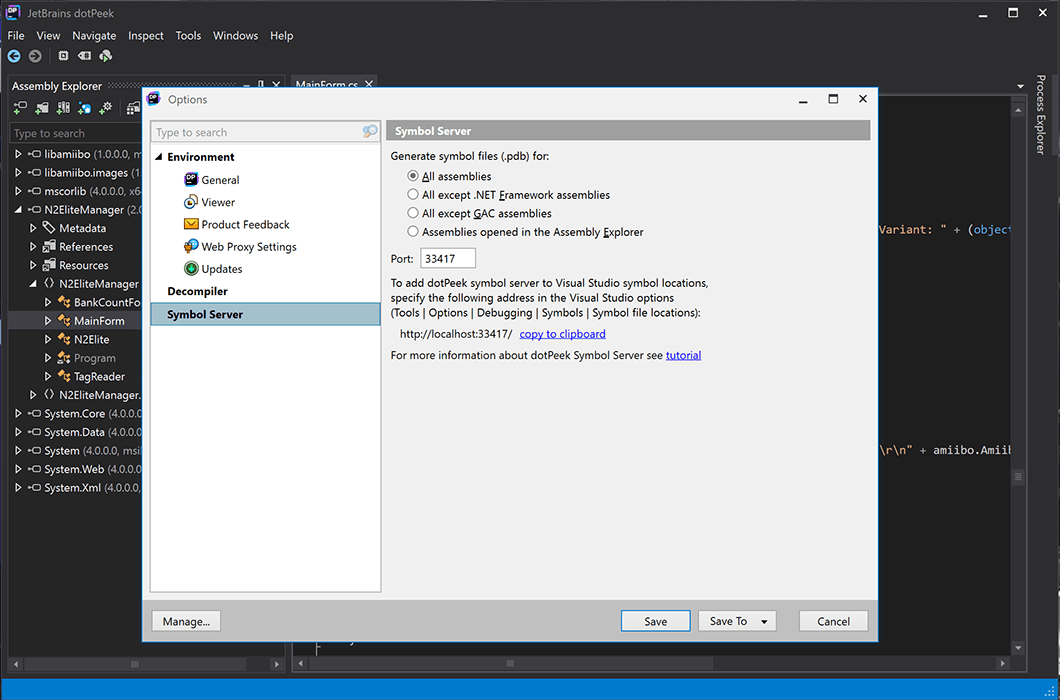 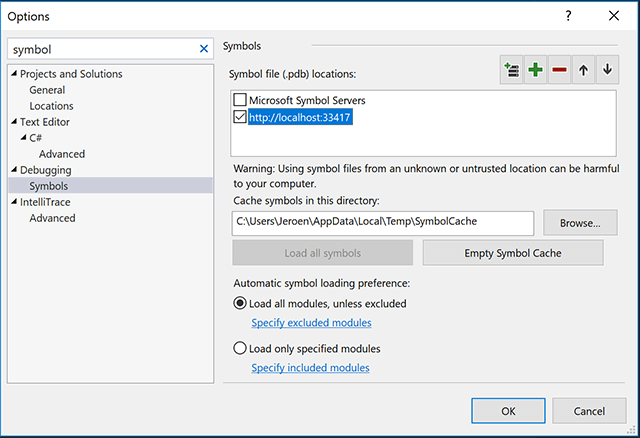 Now, we want to debug code that is not ours. This is disabled by default within Visual Studio. To enable this feature, navigate to Tools -> Options -> Debugging -> General and untick Enable Just My Code. 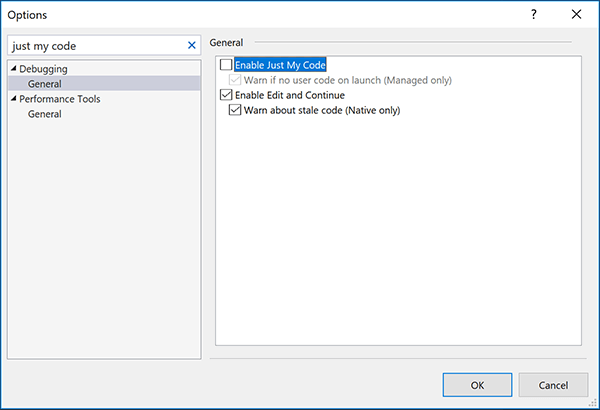 Because we can't run any source code, I start up the application and hook up the Visual Studio debugger to the running process.

I push some buttons in the application hoping it will trigger the function, and suddenly BOOM. 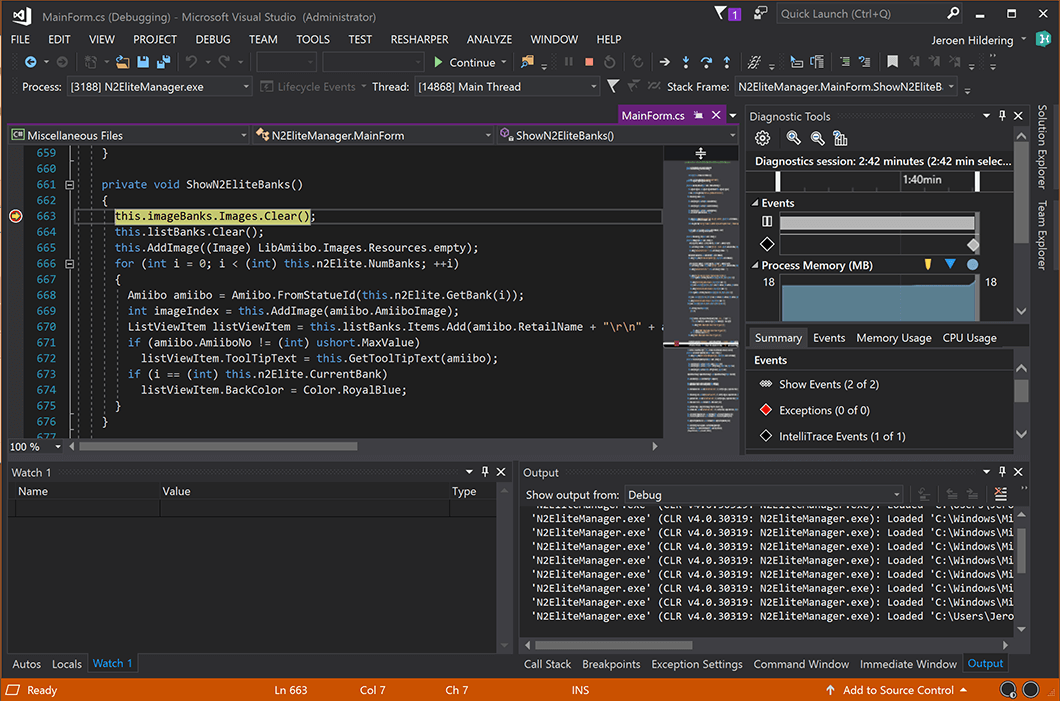 The breakpoint was hit! Now I'm able to do some debugging as I normally would.

The problem turned out to be an instance of ResourceManager that was null in the libamiibo assembly supplied with the application. After some further investigation, I found libamiibo to be open source. So I cloned the repository from github, recompiled the source code, updated the assemblies and fixed the problem.

Enterprises continue to move from big monoliths to a microservice oriented architecture. Of course, this has lots of advantages…